Skip to content
JPLeverichJanuary 15, 2017 BLOG No Comments
Once again another adventure starts with a phone call from my travel buddy Dave. He was escorting a private rail dome car from Fort Worth, Texas up to Chicago, Illinois and wanted to know if I would like to go along for the ride. I said yes right away, but in the back of my mind I knew with it being late June it was going to be hot and humid most of the time.
I flew down to Fort Worth, Texas via Denver and Tulsa on Southwest to meet up with Dave. This was my first time to Texas besides changing planes at DFW. Wow was it hot and humid! 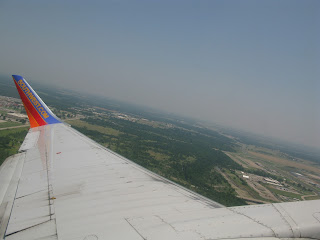 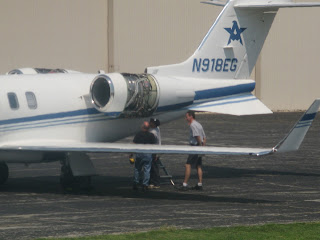 It’s All Ball Bearings Nowadays : TUL
We stopped at the American Airlines C. R. Smith Museum since we were in the area.
It is a great aviation museum, well worth an hour of ones time to walk through it.

Dave drove me over to the rail yard in Fort Worth to show me the car we would be riding in,Iowa Pacific Sky View. Unfortunately it was not plugged into power so it had just been sitting out in the hot sun for a few days.

We stepped into the car and headed up to the dome and it felt like I was thrown into a sauna in Hell. I just about ran over Dave to get to the other side of the car to get out.

It was so hot in the car that soda cans had burst their tops and sprayed all over the ceiling; never seen that before!

Rest of the day we walked store to store in downtown Fort Worth. The stifling heat had us walking into one store to cool off then walk a block or so and into another store. I could not believe that there were people eating outside.

Spent the night at the Hilton Fort Worth, it is best known as the place JFK spent his last night.

Next day we were back on the hot car as we were hooked to the back of Amtrak’s Texas Eagle. Finally we had power in the car to crank up the AC. The temperature reading was 134F on one end of the car and 114F on the other. After the doors were opened and with the AC cranking away it dropped to 133F and 113F.

We decide to stand on the back vestibule of the car since it was so hot inside the car.

It was a hot ride from Fort Worth to Dallas, but it was fun standing out back of the car.

This was my first time to Dallas other than changing planes at DFW over the years. As the train got near the station I noticed some familiar sights. When I saw some people standing behind a fence and the backside of the Pregola structure I knew I was about to look out over Dealey Plaza and the Grassy Knoll.

After a few more hours in the hot car we both started to feel the effects of the heat. So we decided at the next stop we would run up to the Amtrak cars and stay in there till the sun went down and things cooled off. Since we were on the back end of the train and the Amtrak cars are double-decker we could not just pass through the cars.

Once the sun went down we retreated back to our car. Finally the AC had caught up and it was now a reasonable temperature in the car.

We passed through Little Rock, Arkansas in the middle of the night. I woke up and was greeted by the State Capitol building all lit up.

It is fun riding on the train at night. When out in the darkness away from the cities and roads I could see the stars above so well. Then we would roll through sleepy small towns out in the middle of nowhere. What a fun experience!

This was only the second time I had spent the night on a train. The first was a very interesting sleepless night in a sleeper car from Frankfurt, Germany to Paris, France. Crammed into a room with four strangers along with my best friend.

I did get more sleep this time, but the couch I slept on was not the most comfortable “bed” and I woke up with a very twisted back.

The ride along the Mississippi into St. Louis was a great one!

Once into St. Louis our car was dropped off in the yard with a few other private cars. Since this was my first time in St. Louis and Dave had to stay with the car I jumped off and headed into the city for a quick whirlwind tour.

I worked my way through the yard and into the Union Station, what a place!

My mission was to get to the arch and take a ride to the top. All while taking in as many sights of St. Louis along the way and back to the train car. 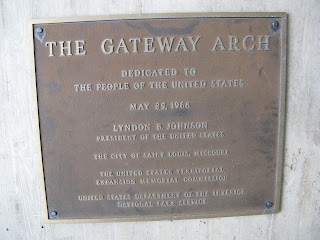 After a walk around St. Louis and a bite to eat I headed back to the train to get on the car and off to Chicago.

Back on the train we settled in for the rest of the ride up to Chicago. This time we are behind single level Amtrak cars so we could now pass through our car into the Amtrak cars.

There was heat restrictions (Heat Order) so the train had to go slower than normal. Dave explained that this happens when it is real hot out, the rails can get a heat kink in them.

Around dusk I started to see the tall buildings of the Chicago skyline in the distance. This is my first visit to Chicago, a city I have wanted to see ever since I started rooting for the Cubs in 1984. Plus growing up it was the home of the worlds tallest building, the Sears Tower. Today it might be called the Willis Tower, but to me it will always be the Sears Tower.

Pulling into Chicago Union Station we relinquish the car to the man who hired Dave to escort it. It is quite late since the train had to go much slower for most of the afternoon. It amazes me how the trains are underground here at Chicago Union Station. The smell of diesel exhaust is very strong, I can’t imagine how it must have been during the heyday of train travel under there.  We cruise through Union Station and come out near the Sears Tower. To be honest, I thought it would be taller in person. Nonetheless, it really is an impressive sight at night, this dark massive structure. After taking in the view we head over to the HI Chicago Hostel where we are crashing for the night. Tomorrow we are going to do a quick tour of Chicago then go to a Cubs game.

If you find yourself in Chicago, do take an architecture boat tour. The views from the waterway of the city are some of the best.
A nice rainstorm moved in right at the end of the boat tour which caused us to dash around the rest of the city before jumping on the Red Line out to Wrigley Field. 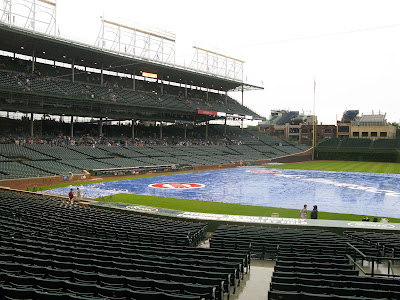 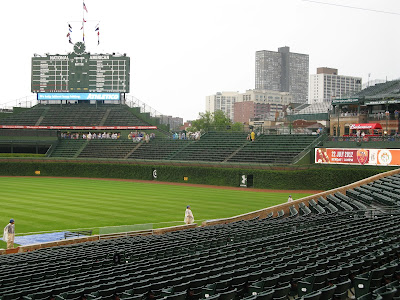 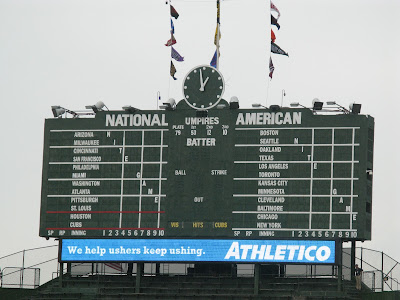 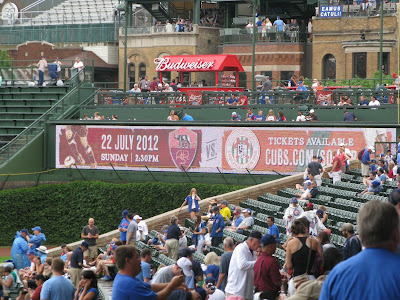 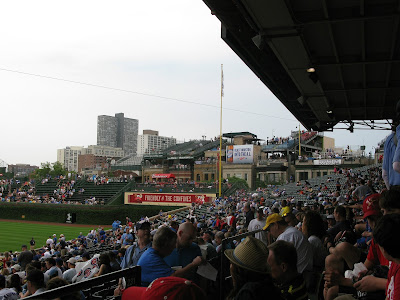 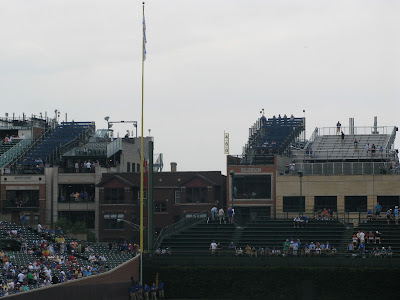 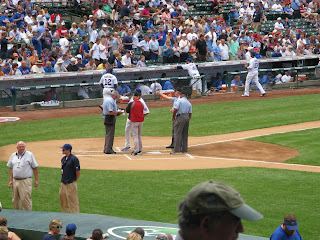 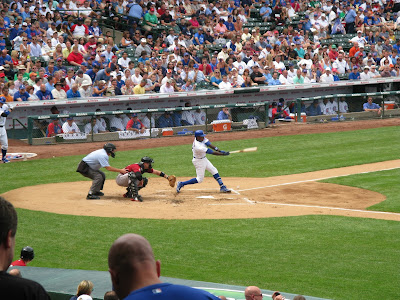 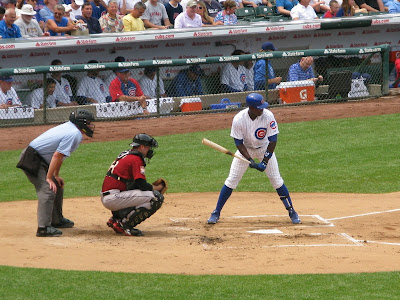 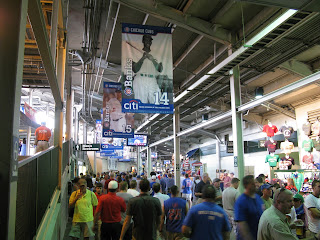 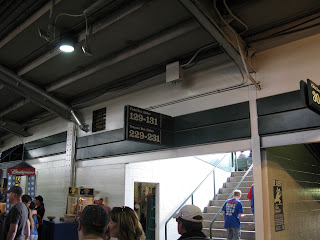 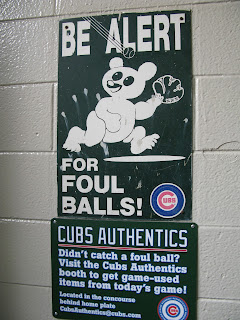 What a day in Chicago that was! Got a quick taste of the city and got to see one of my favorite baseball teams play. Even the afternoon storm showers couldn’t dampen my spirits that day.

After the Cubs won we got a rental car and headed for Indianapolis where Dave lives. I had previously driven through Indy back in ’98 while driving across the country. I was looking forward to actually getting to see the city this go round. 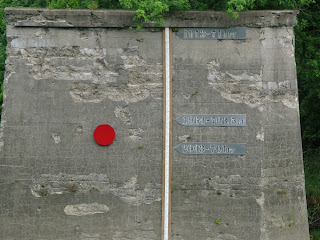 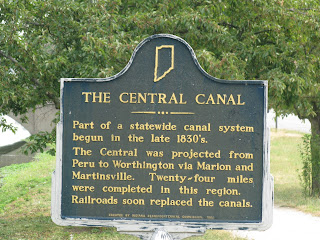 Had a great ride through Indy out to Butler along the Central Canal bike paths. I was really amazed with how nice this city is and the great bike infrastructure. Dave said it has come along way since he first moved to Indy. 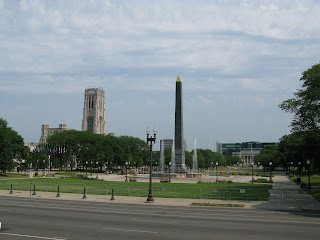 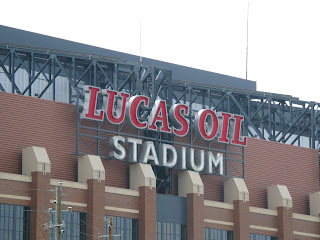 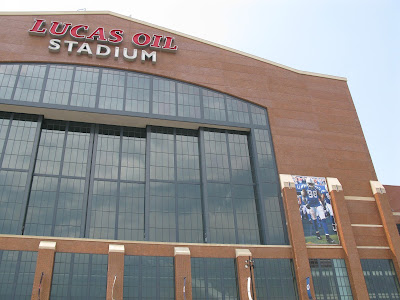 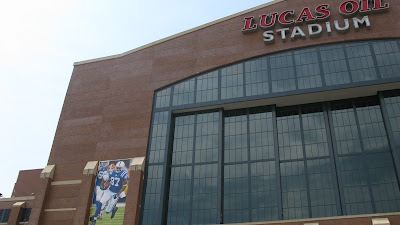 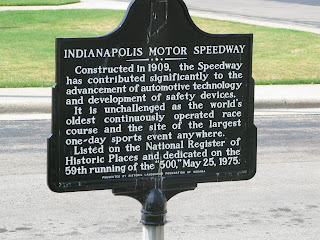 I had a great time in Indy, will for sure have to come back and see more of it.
What a trip this was. My first overnight train ride in the States, first time in Texas, Chicago, first Cubs game and a great stay in Indianapolis.
Riding on such a classic train car really makes me want to search out and ride on more cars like that. It truly is one of the best ways to travel.
After this one I’m ready to take an overnight trip on an Amtrak train now.
Amtrak, Chicago, Chicago Cubs, Dallas, Dealey Plaza, Fort Worth, Gateway Arch, Indianapolis, Iowa Pacific Sky View, SouthWest Airlines, St. Louis, Texas, Train Travel, Trains, Travel, Wrigley Field